I find myself in a peculiar place. I’m at that point in my writing career where I’m starting to get book reviews for my debut novel, which is exciting and nerve wrecking at the same time. People are out there taking the time to read my book and write a review. I feel like I should thank them. But at the same time, I don’t want them to think I’m lurking around in the background.

So, I’m reaching out to you (readers, reviewers, writers) to get your opinions.

I’ve done my share of book reviews knowing the author would most likely read it, and hoping others would because how cool would it be to get a response from the author of a book I enjoyed. Though, I’m still not sure how to handle responses to Edge of Truth. So far, I’ve only thanked the reviewer, but have not left comments on the actual review. I don’t want to seem like I’m a shameless self-promoter (which to some extent writers need to be) nor do I want to come off as a suck up or tarred as a Badly Behaving Author.

These days, communication between author and readers/reviewers/authors is easier than ever. Sometimes, our In Box gets out of control, but I still believe common courtesy, even something as simple as saying ‘Thank You,’ is important. So, if I turn into that author lurking in the background, it’s most likely to show appreciation for another person’s time.

What are your thoughts? Readers and reviewers, does it bother you to think an author might read your review? Authors, do you comment on reviews and/or send a ‘Thank You’ note?

Too curious for her own good, Rena vows to uncover the truth behind Wallace’s madman reputation–and how two seconds of contact had left her with bruises. Of course, there are a few setbacks along the way: guilt, admiration, feelings of the warm and fuzzy variety…

Not to mention the unwanted attention of Wallace’s powerful, supernaturally-gifted family.

They’re a bloodline divided by opposing ideals, two soon-to-be warring factions that live in secret among us. When Rena ends up caught in their crossfire, Wallace has no choice but to save her by using his powers. Now they’re really in trouble. With war on the horizon and Rena’s life in the balance, he needs to put some distance between them. But Rena won’t let go. If fighting is what it takes to prove her own strength and keep Wallace in her life, then that’s what she’ll do–even if it means risking a whole lot more than her heart.

Personal Reaction
I loved this book! I found the main character, Rena, very likable and humorous. She’s a down to earth, yet determined character with a huge heart. And Wallace (*fans self*) YUM! He’s a handsome and mysterious character with a dark secret. I enjoyed watching the relationship between Rena and Wallace grow from friends into something more. Butler did a fantastic job creating a well-rounded cast of supporting characters such as Gabby, Aiden, Cole, and Clara.

Strength by Carrie Butler is a witty, captivating, and engaging read. 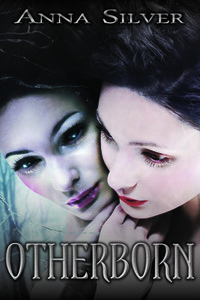 Summary
London and her teenage friends live in a reprocessed world.

Confined within Capital City’s concrete walls, London has done the impossible and the illegal. She’s created something New- a song. But her mentor, club owner Pauly, is not impressed. Since the historic Energy Crisis forced everyone behind walls generations ago, the Tycoons have ensured there is truly nothing new allowed under the sun. Pauly warns London to keep her song to herself, if she knows what’s good for her.

What he doesn’t know is that London is keeping an even bigger secret: she dreams. And she’s not alone. London’s band-mates and friends have begun dreaming as well, seeing themselves in “night pictures” as beings from another world. As Otherborn, they must piece together the story of their astral avatars, the Others, in order to save their world from a dreamless, hopeless future.

When Pauly is murdered and an Otherborn goes missing, London realizes someone is hunting them down. Escaping along the Outroads, they brave the deserted Houselands with only their dreams to guide them. Can they find their friend before the assassin finds them? Will being Otherborn save their lives, or destroy them?

I’m fascinated with dreams, which are considered New, and therefore illegal in OTHERBORN. Silver handled the unique premise of outlawing New in a way that enriched Capital City where the main character, London lives. London has a brash and feisty personality, which is balanced out by her resolute and kind Otherborn counterpart. I loved the contrast between London’s bleak reality and her Otherborn’s lush Midplane. I found most of the characters likable and was impressed by the extent of loyalty between London and her crew. Silver built the right amount of conflict and tension to draw readers into her dystopian world and created characters who are leery, yet determined to embrace New.

I’d recommend this book to anyone who enjoys YA, paranormal, dystopian and feisty protagonist. 🙂 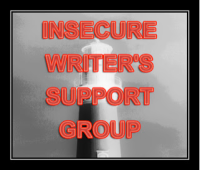 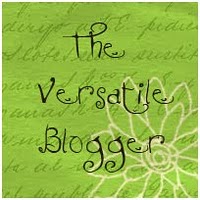